Knowledge Base - How To:- Fit Side Vent Mesh


1. Get some mesh, I used Ripspeed mesh from Halfords at around £23, it’s pre-painted black so is discrete when on the car. I’d recommend using a metal mesh rather than plastic, as it’s easier to shape around the vent cover. 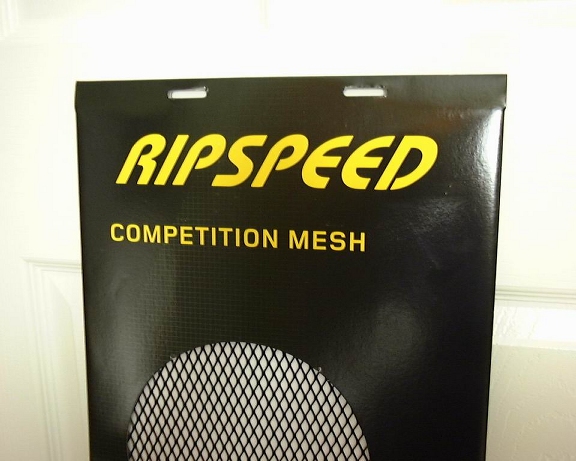 2. Removing the interior. This will vary depending on whether you have a sub (active speaker system) or storage box, or nothing whatsoever.

3. Removing the storage box (if applicable). The whole reason for removing the cubby box is to remove the 2 hidden clips (circled in cyan in the photo).
Remove the 3 screws (green circles) and 3 plastic plugs (yellow circles) that simply pop out by pulling the whole box up. Now with the storage box out of the way you can remove the clips (circled in cyan) by pushing the centre part in with a screwdriver. 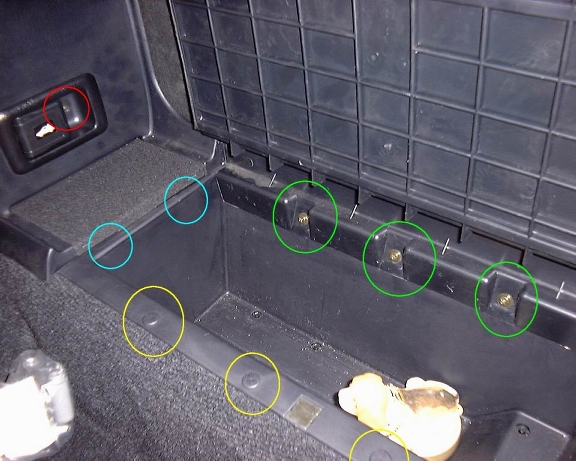 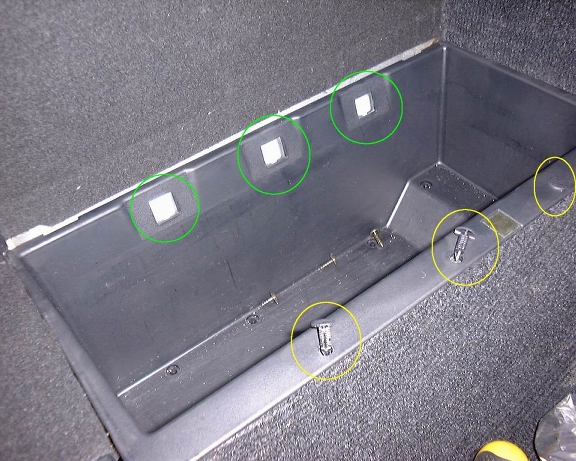 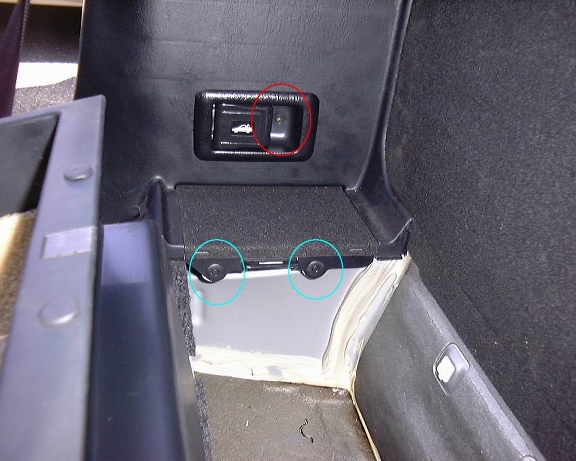 4. Removing the interior side trim. On the drivers side trim, unscrew the trim plate around the engine lid release (screw circled in red above). This can be removed easier if the release catch is pulled. The side trim can now be pulled out, the photo below shows the positions of the plastic poppers.
Tip: Pull the last part of the sill protector up, this will make it easier to remove the bottom part of the side trim. 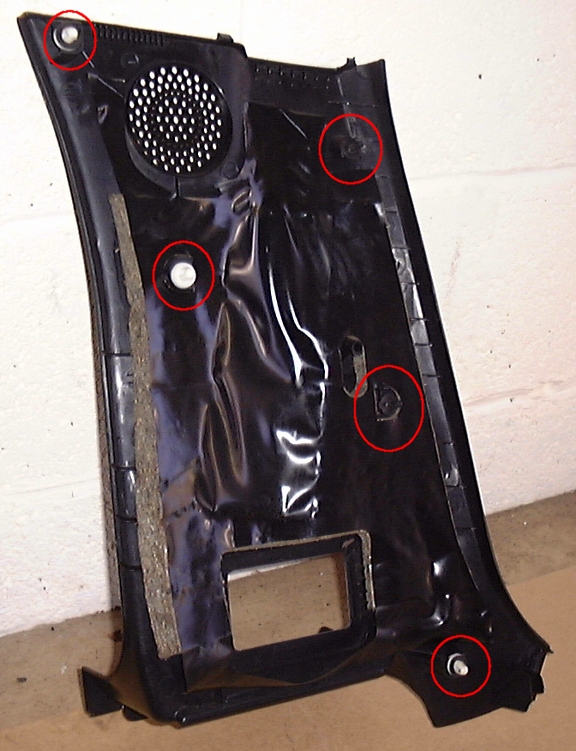 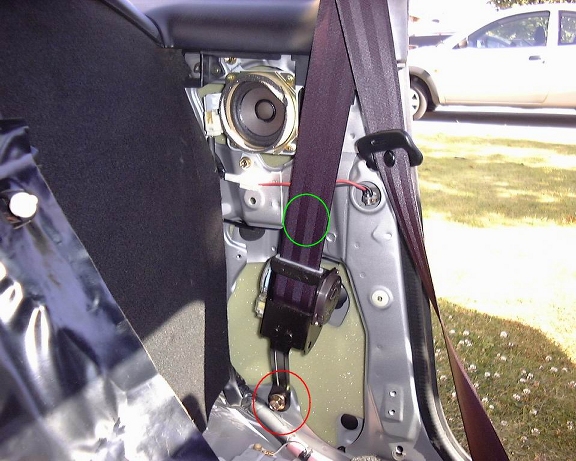 6. With the seat belt reel out of the way, you can now get to one of the bolts holding the side strip and vent cover. The bolt is covered by a circular piece of rubber, remove this and the bolt will be revealed (circled in red in the photo below). To remove this you will need the 10mm long reach socket and extension. 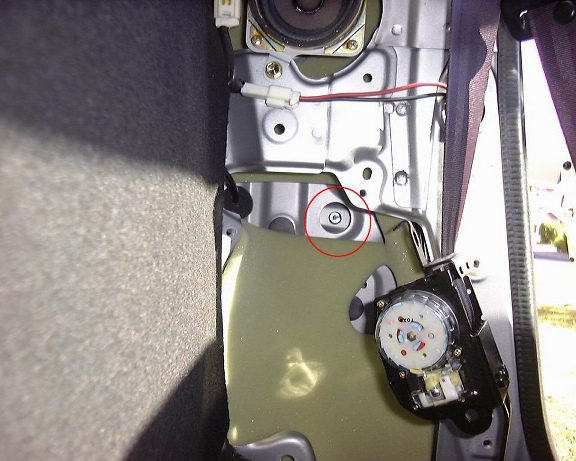 7. Removing the side strip. In addition to the bolt on the interior of the car, there is a bolt inside the wheel arch, and a screw on the edge of the wheel arch itself. Using a Philips screwdriver, remove the screw at the end of the side strip (circled red in photo below). Now using a 10mm socket (a short extension may be required here also) remove the bolt that is inside the wheel arch.
Tip: It may be a good idea to use penetrating fluid on these a day or so before, as I found these bolts snapped. 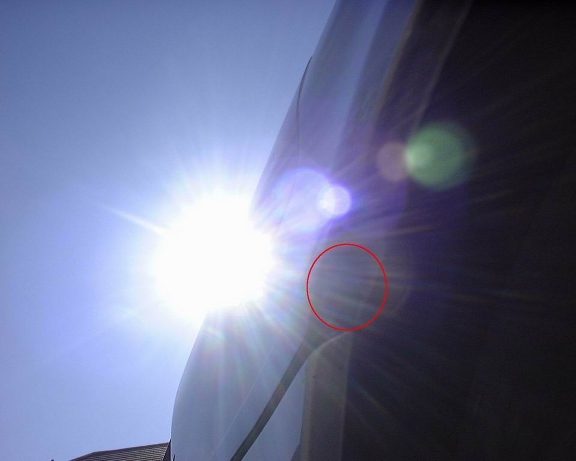 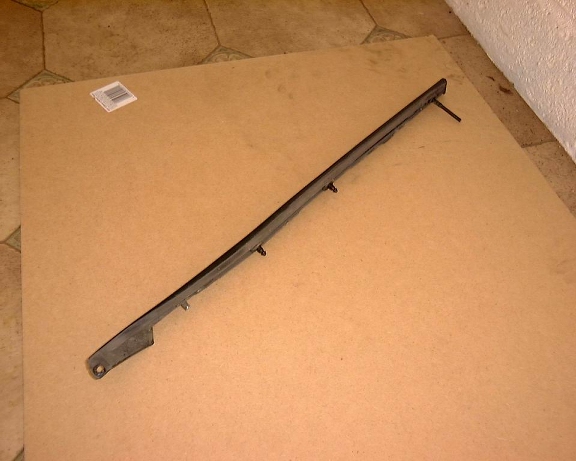 9. Removing the side vent cover. All that remains now is another bolt inside the wheel arch. Remove this as you did with the side strip, then the front bottom corner of the cover will simply pull away from the car as there is only a popper holding it in place. 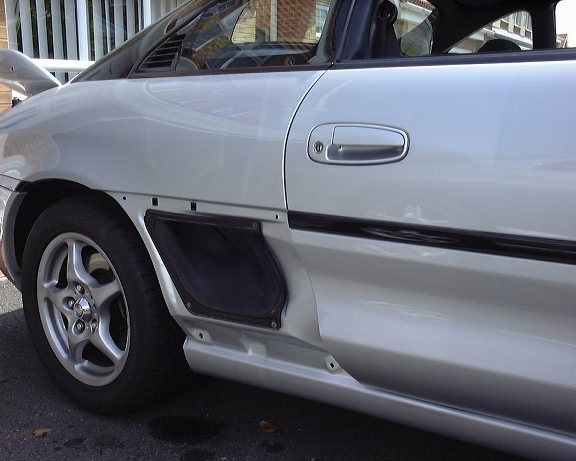 10. Meshing the vent cover. Cut your mesh so that there’s enough for it to fold over be taped down, see photos below.
Tip: Keep the mesh as tightly to the original shape of the plastic cover as is possible, if not you will struggle to get the vent cover fitting as flush as before – it’s a bit of a tight squeeze. I used the rubber handles of a pair of pliers to press and shape the mesh down, but be careful not to break the plastic vent covers. Do all of this on something that won’t scratch the paint of your vent cover. 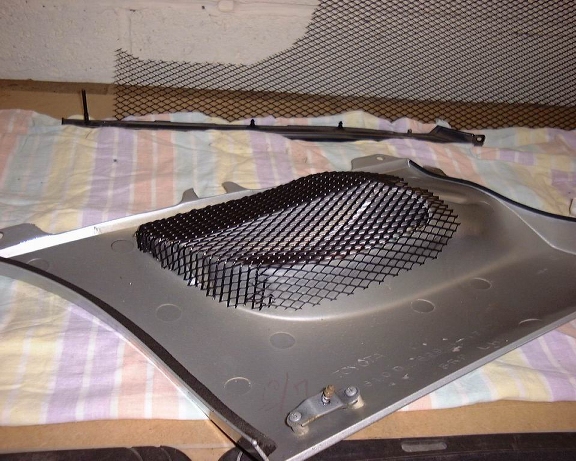 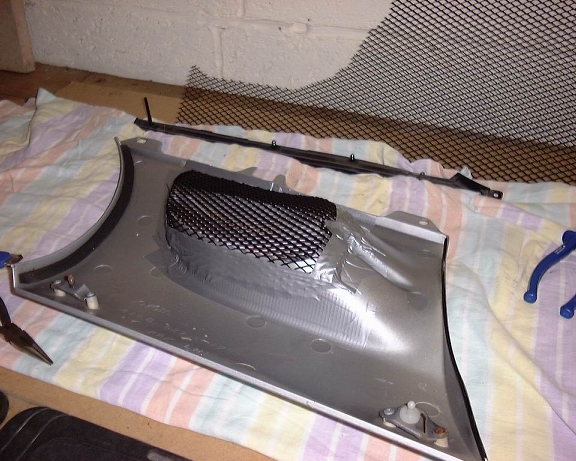 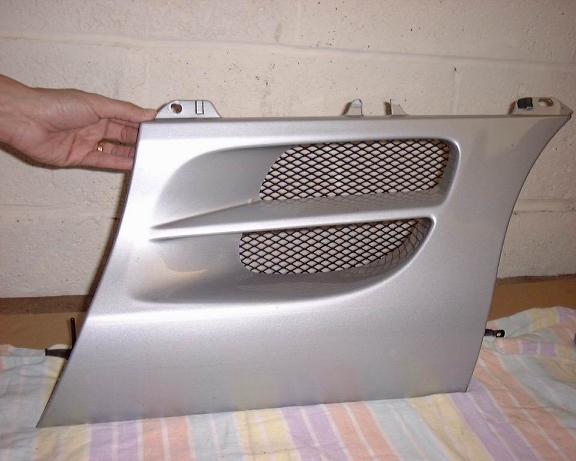 11. Fitting everything back together. Simply replace items back on the car in the reverse order they were removed. 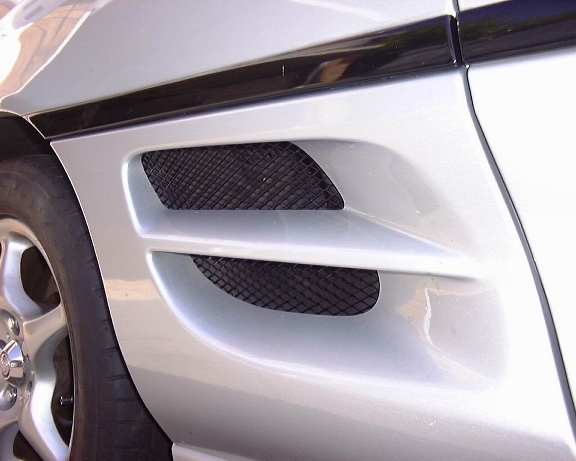