While testing what my suspension was like (by sitting on the front wing and bouncing up and down) I inadvertently left a big dent in my front wing: 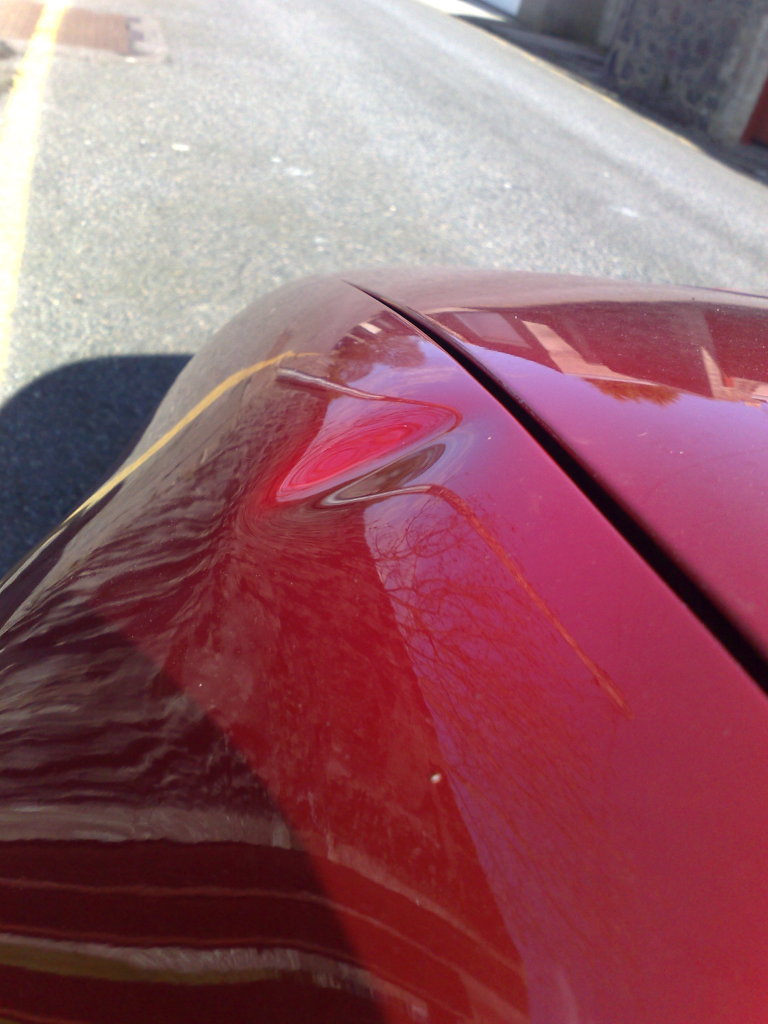 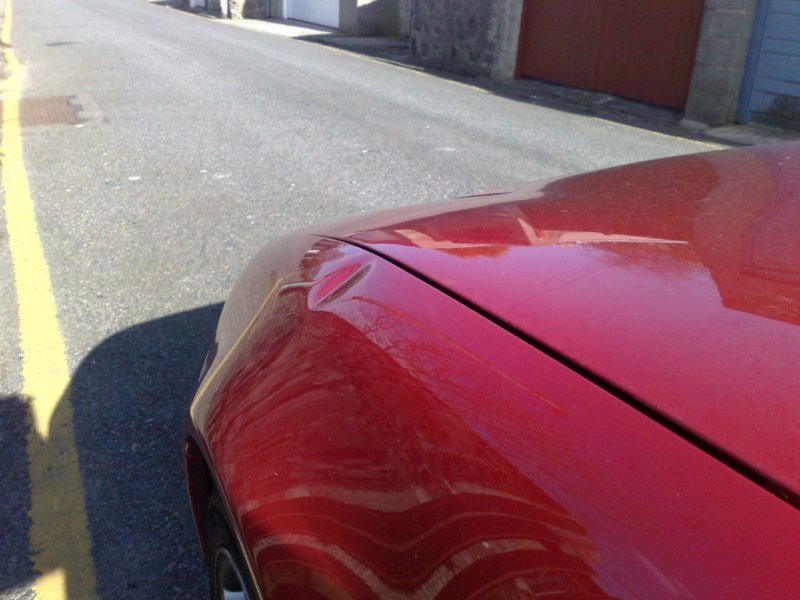 Went to Halfords as they advertise dent removal service on their site (from £50) and they quoted me £135 !!!

So I thought I'd give their £20 DIY dent repair kit a go instead: 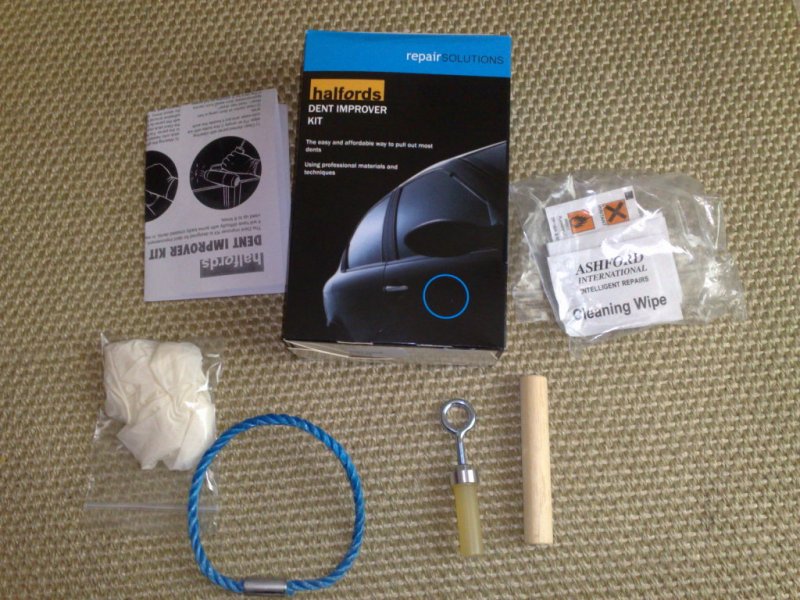 I was a bit worried about pulling the paint off the car but I was actually quite pleased with the results!

Step 1......heat up the dent with the missus hair dryer.
Step 2......Push the glue stick into the dent so that it melts onto the body work
Step 3......Cool rapidly with cold water: 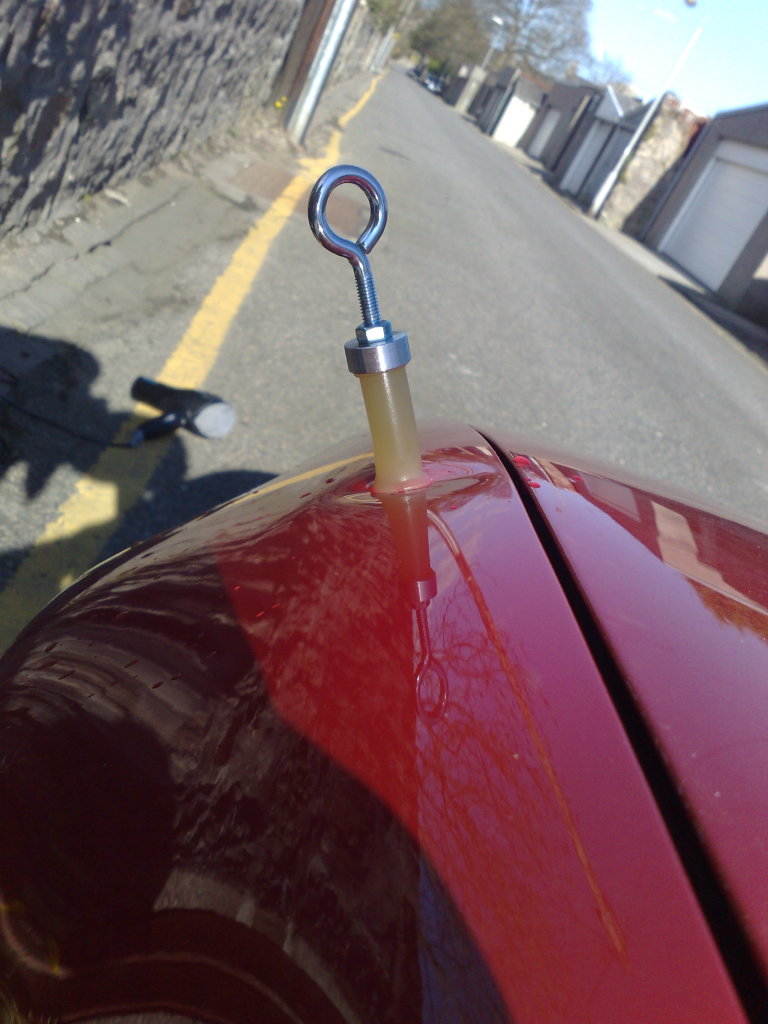 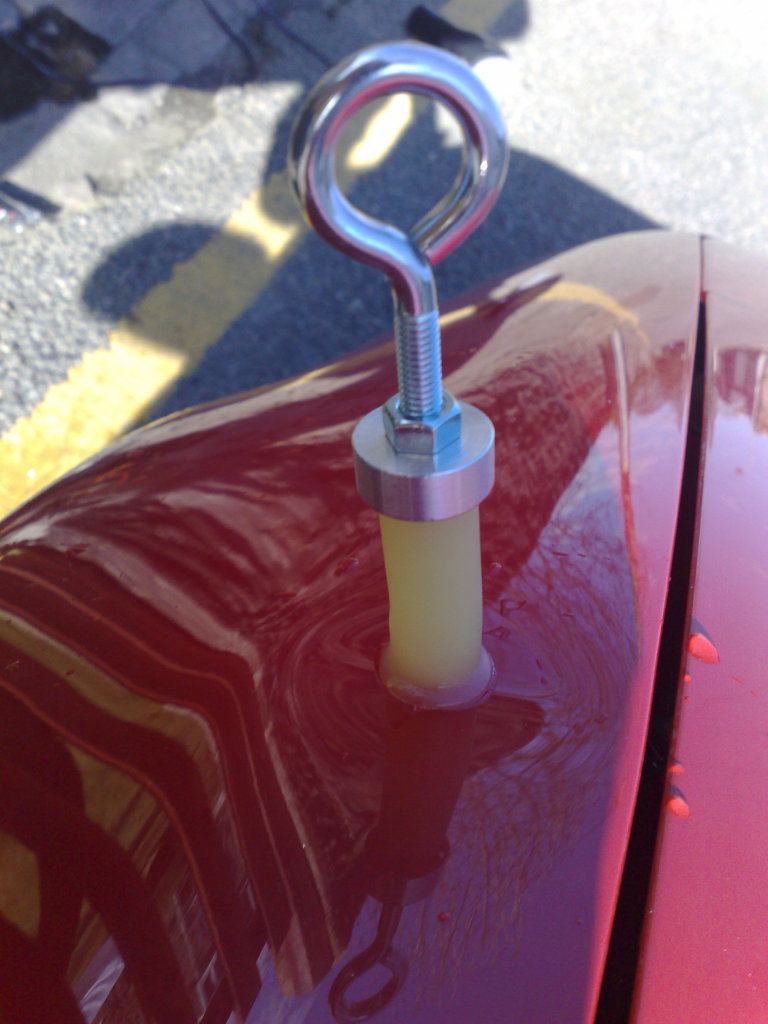 Then attach the string / wooden handle and PUUULLLLL. On my first attempt I hadn't melted the glue on enough so it popped off a bit early and didn't make much improvement: 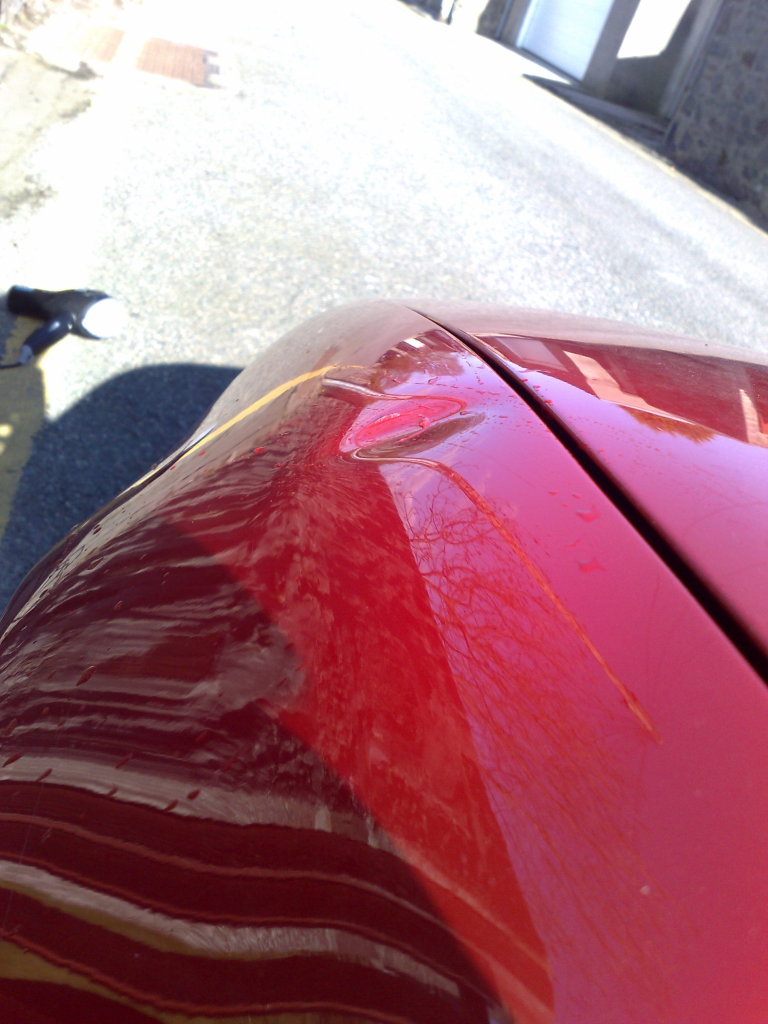 Repeated the process a couple of times though and the eventual results are a large improvement over the original: 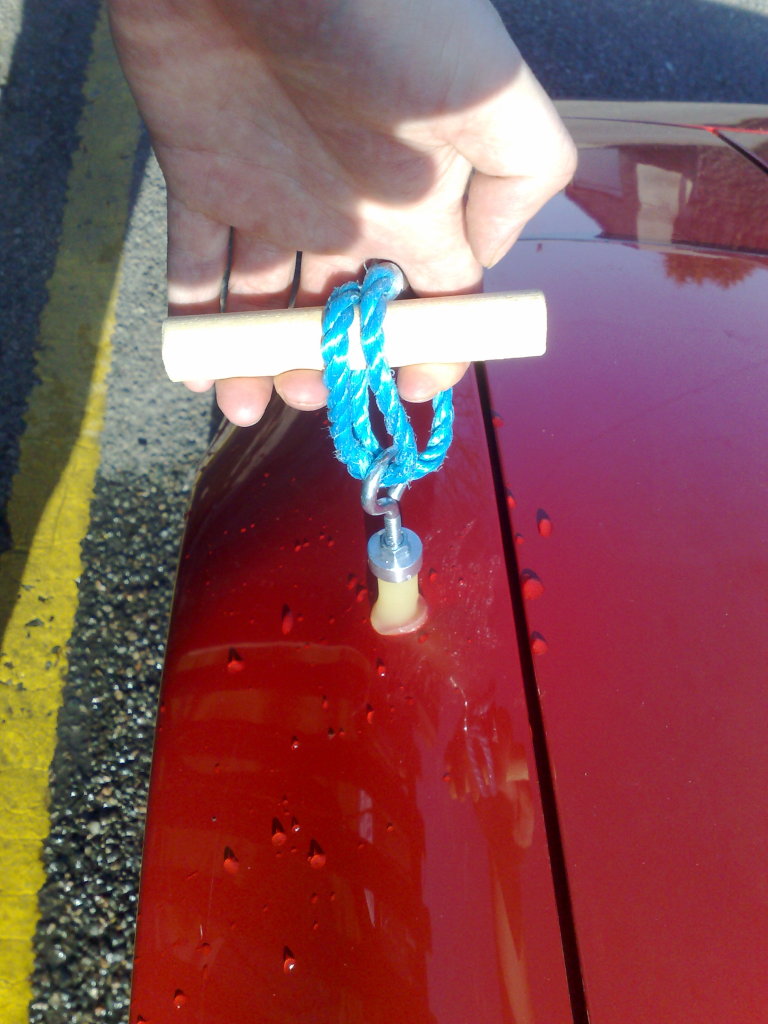 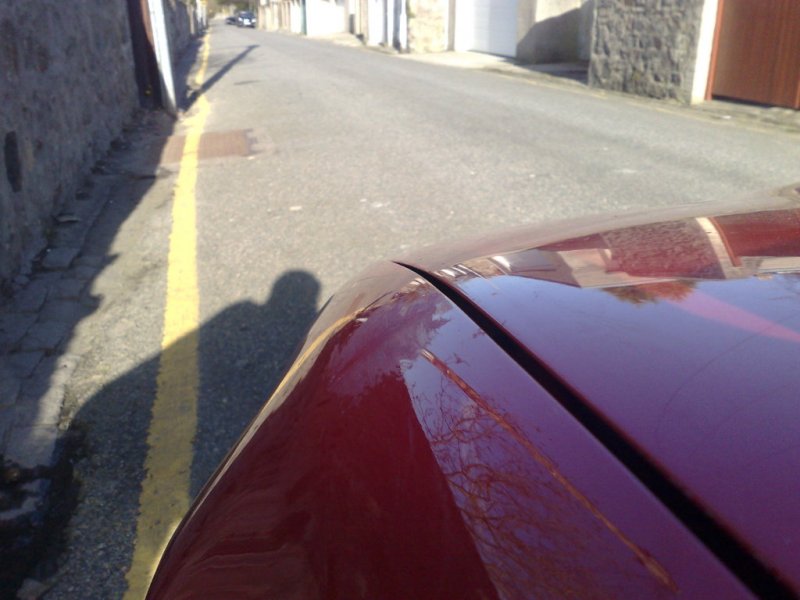 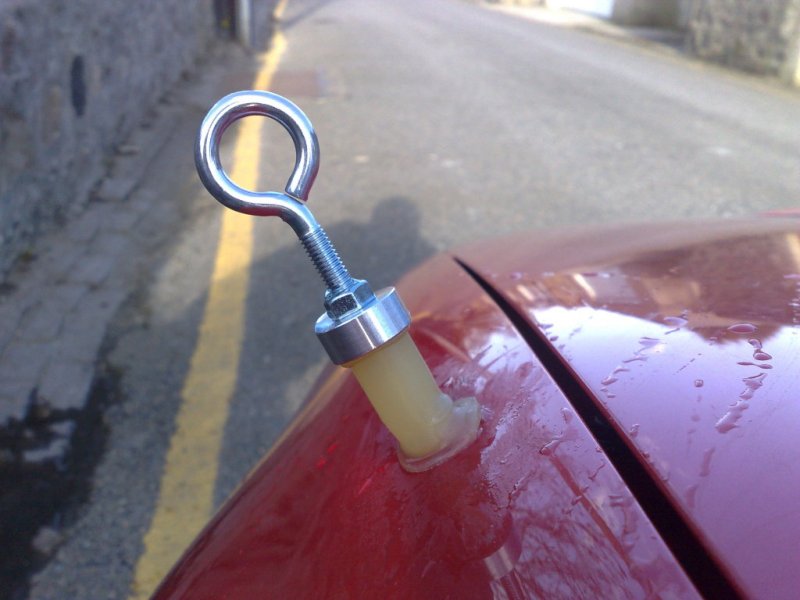 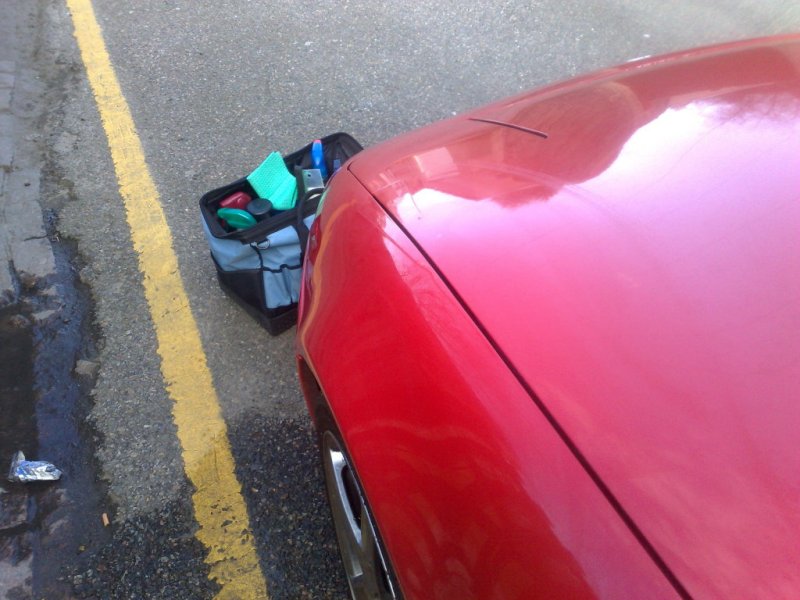 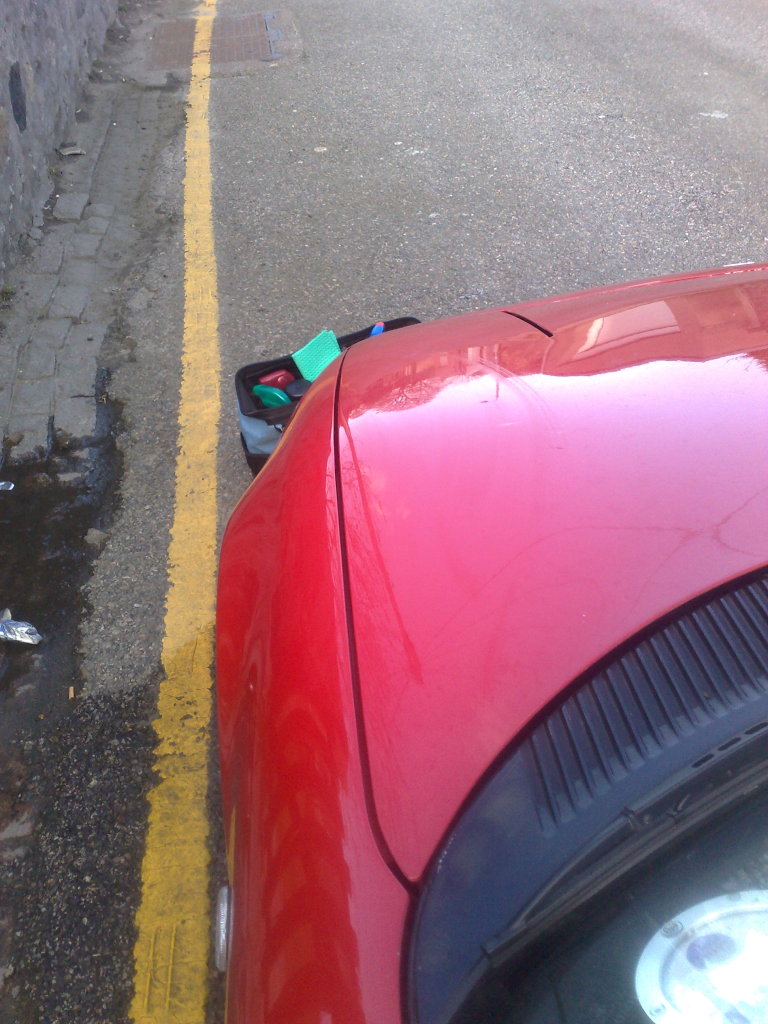 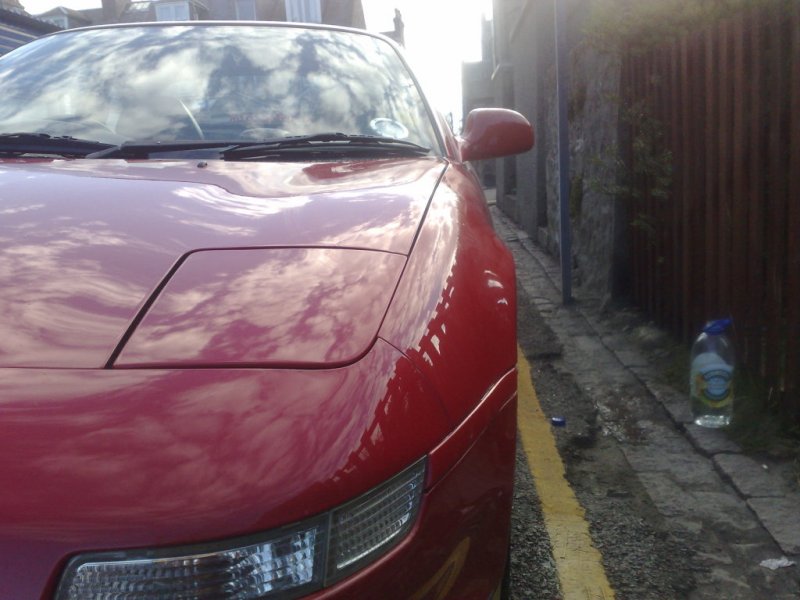 It's not perfect though , you can still see the dent at some angles / reflections. Will need to take the wing off to push it out a bit more I reckon. Still it's a massive improvement and a good money saver. 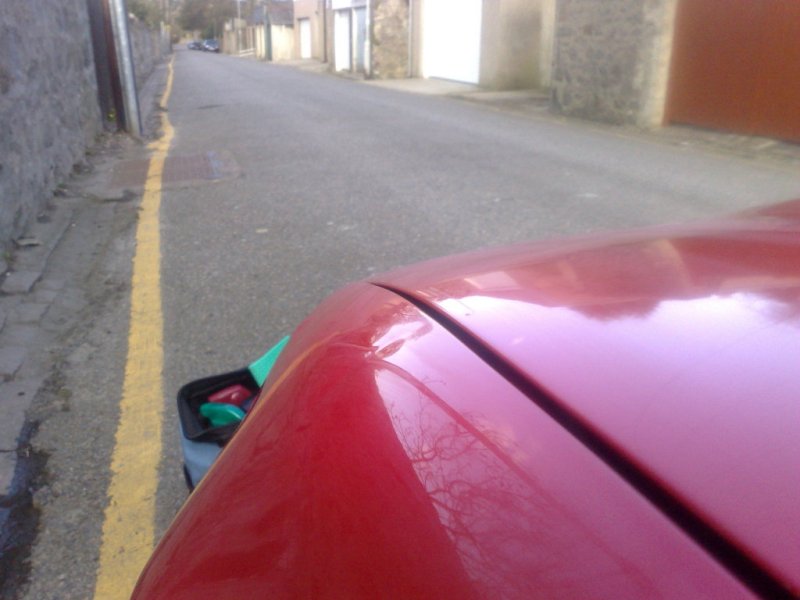