How To:- Fit a Double Din Android Head Unit

For reference, I am working on a JDM Toyota MR2 MK2 g-limited rev 4 from 1997, naturally aspirated automatic without active system.

I know guides out there exist for replacing the radio, but I thought I would share my recent experience.

I chose this particular head unit because of the claimed fast boot times, which I can attest to. Within 1-2s of turning the key, the radio has fully started and music is playing.

Being an Android unit, you can also install any apps you like, from map apps to games to music players.

So, without further ado...

Identify your radio. It should be somewhere in the center of the front part of the car, and features a small screen, some buttons and usually a hole for CDs and casette tapes: 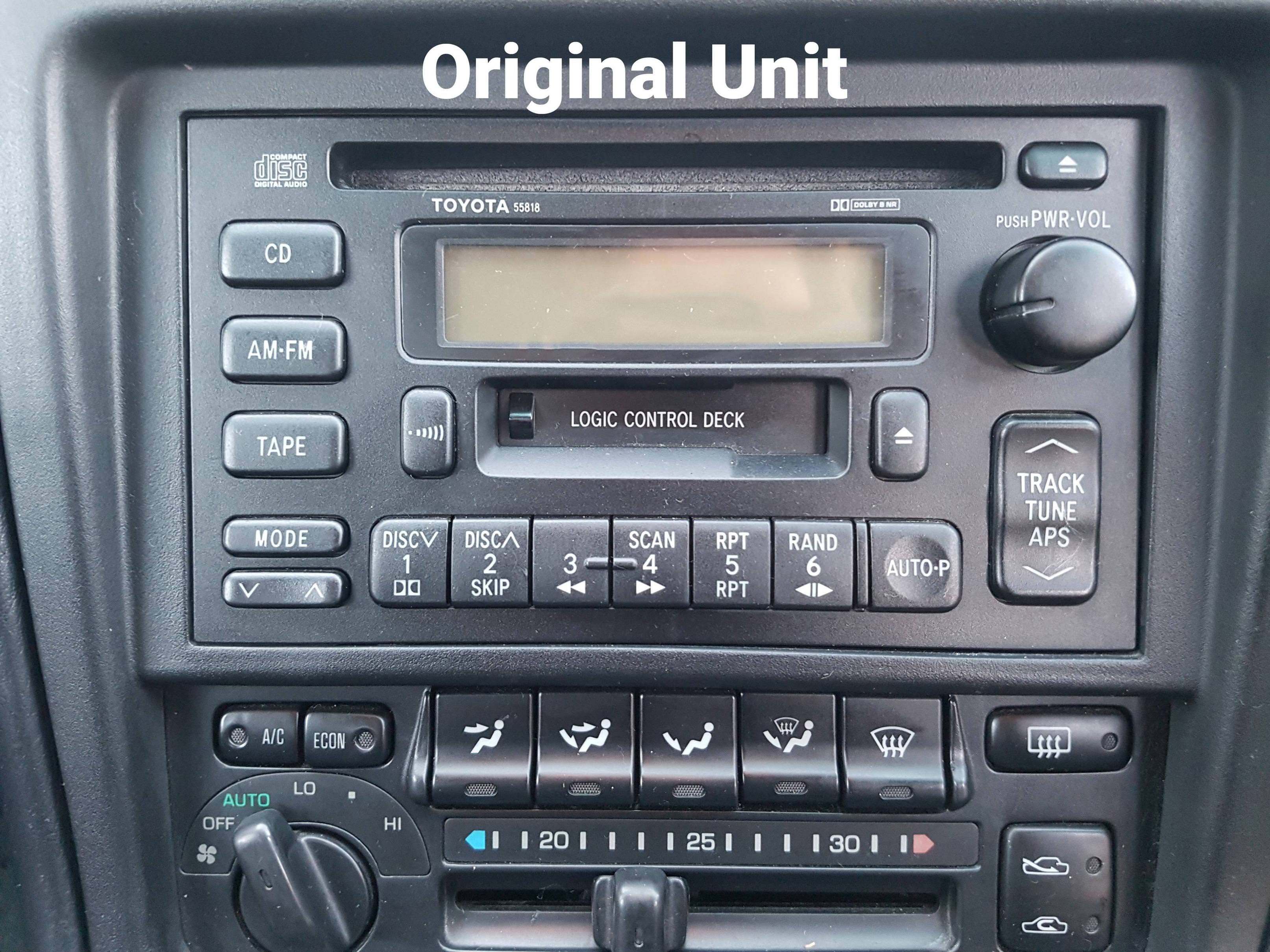 Remove the gear stick cover. It is held on with 4 tabs that are easily prized out.

You can use a special plastic trim removal tool for this, but I use a large screwdriver with the tip wrapped in duct tape or electrical tape: 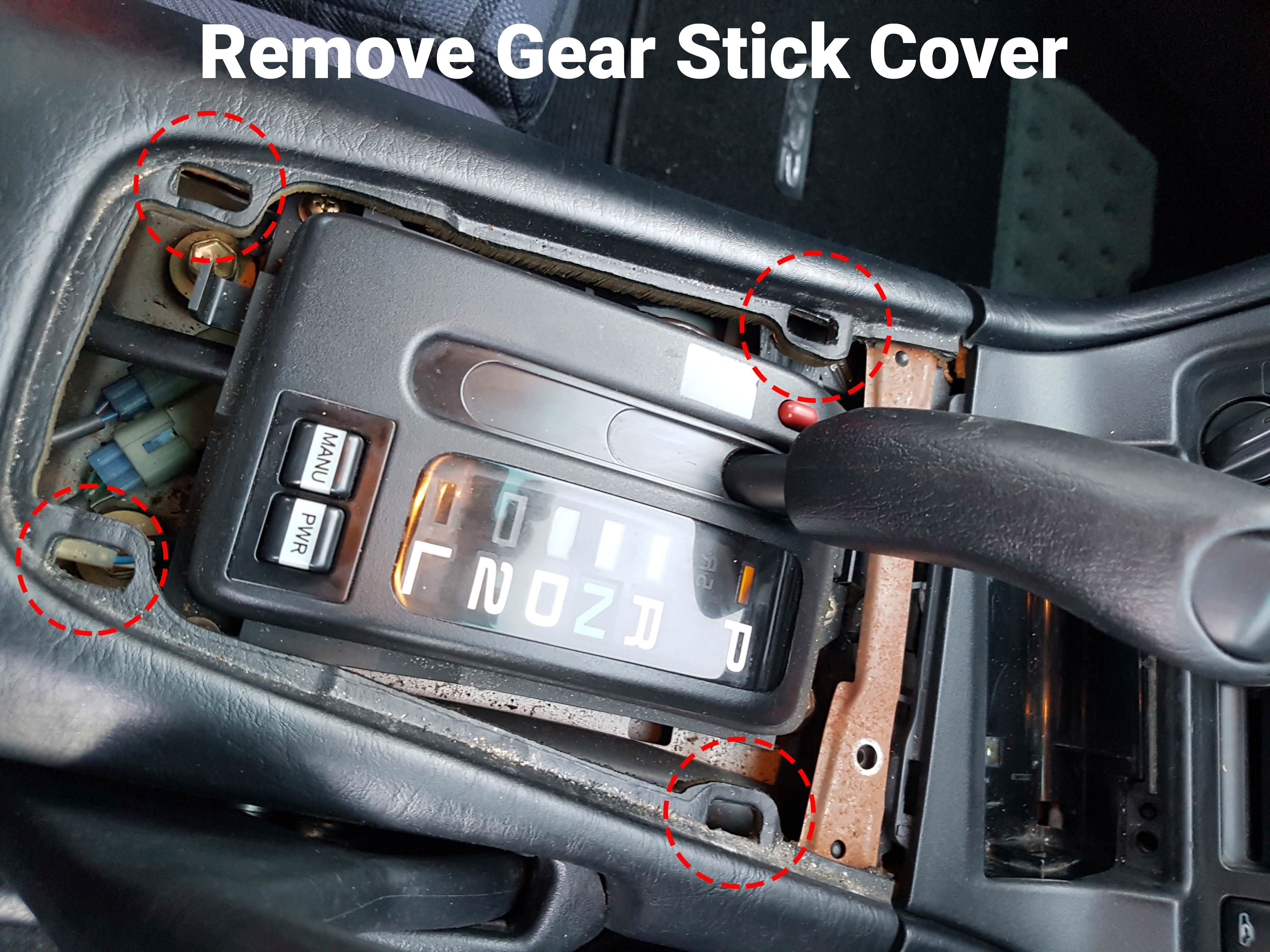 Once the gear stick cover is removed, it should reveal two screws just underneath and at the front. Here they are removed, and where they came from: 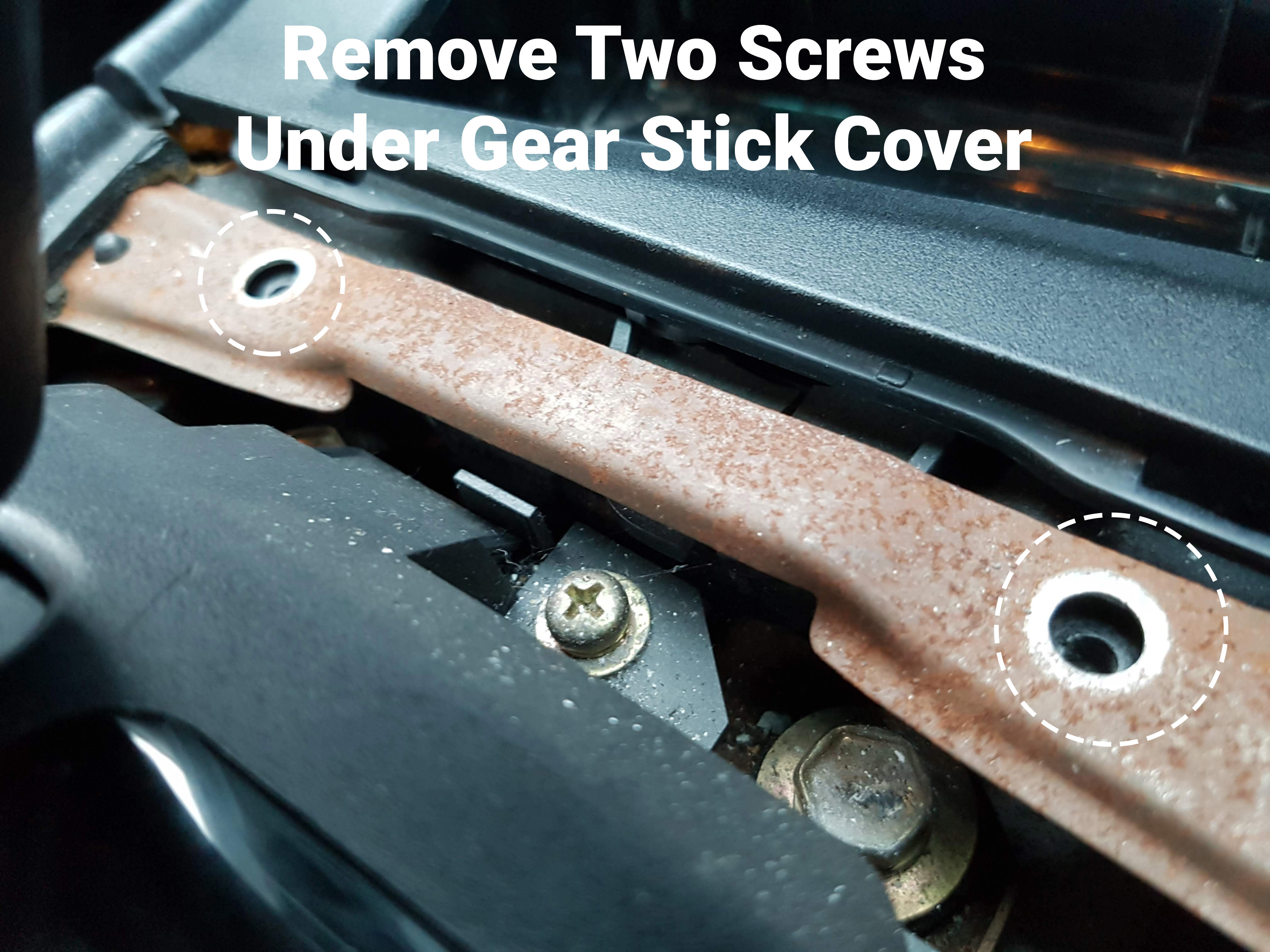 Important: Take note of which screws go where, not all screws you will be taking out are the same and should be put back in the correct places.

Remove the ash tray and remove both of the two screws you find under here. One has been removed in this photo, and one remains for demonstration: 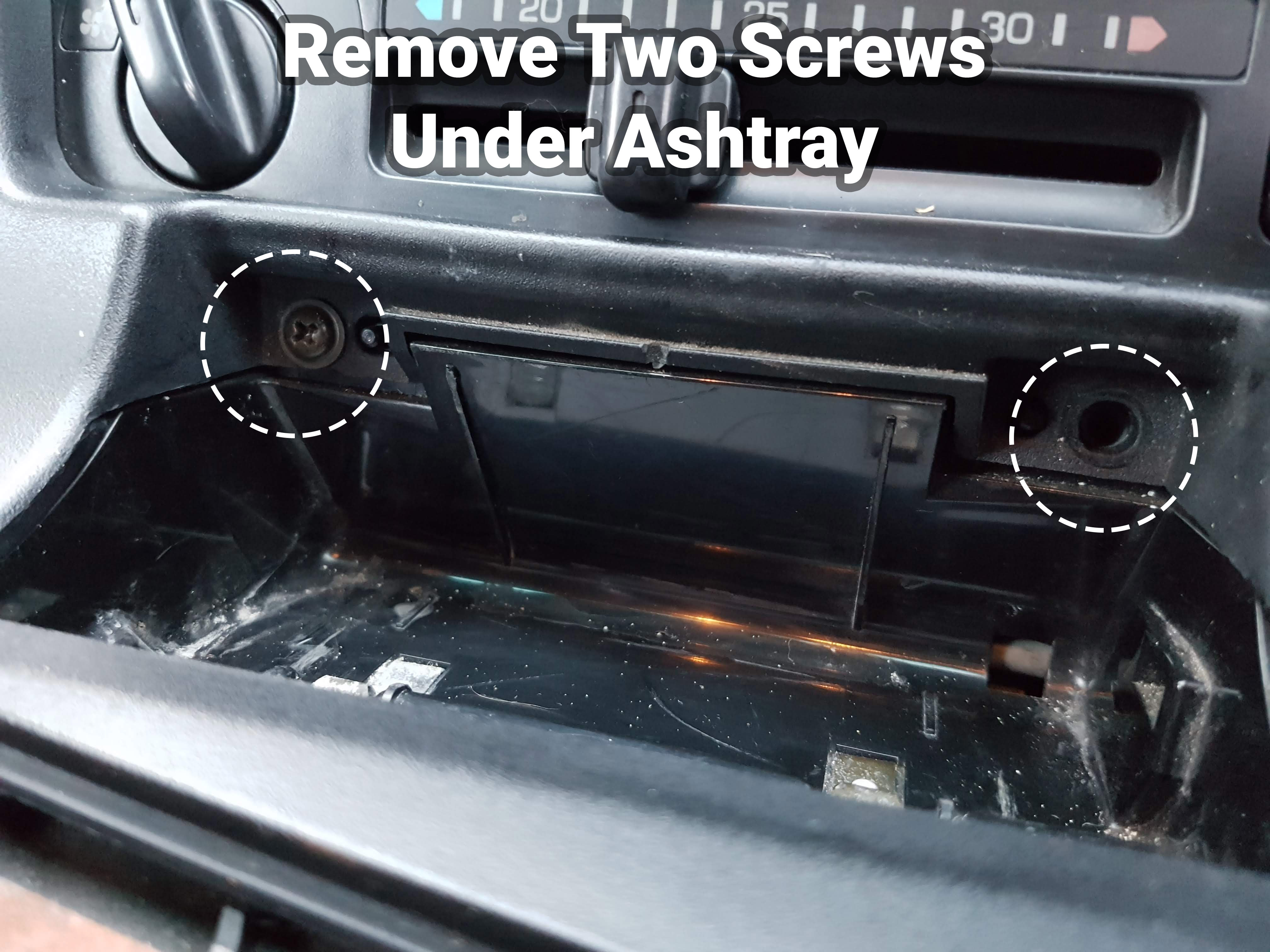 Now, the console cover should be free to be pulled towards you, towards the rear of the car. It may take some cajoling to get it free of the covers above and below the steering wheel.

Only pull the cover about 1-2inches away from the front at the moment, as there are 2 things we will need to unplug: the lighter socket and the hazard light switch. 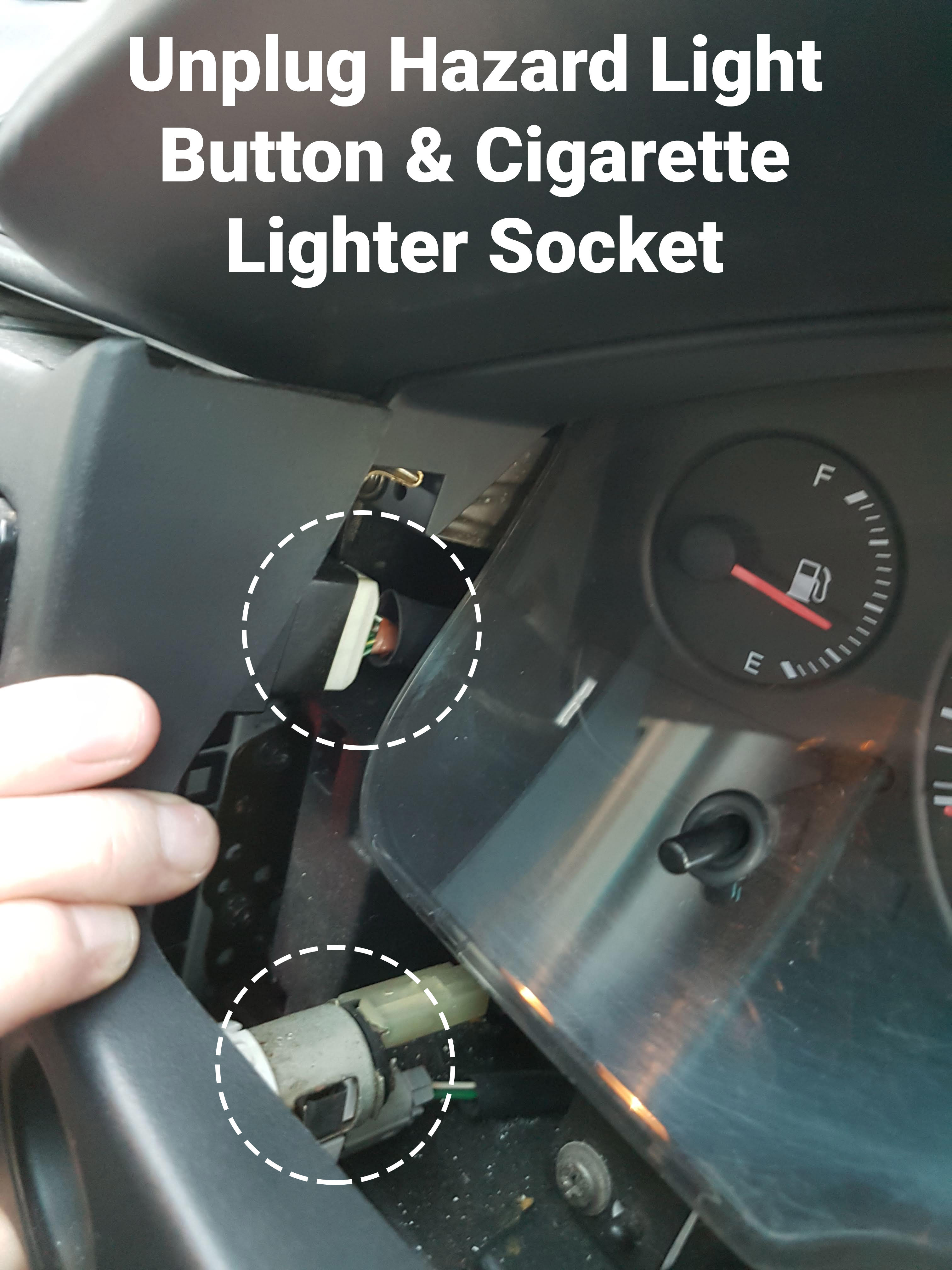 On mine, there was one plug leading to the hazard light switch, held in with a little clip. Reaching up from below I was able the push in the clip and unplug the hazard light.

The little light on my lighter socket actually came off as I was pulling the plug out - it was only held on with some black sticky stuff, so I had to re-stick it later on.

You should now be able to pull the whole console cover away.

This picture shows the location of all the tabs that hold it in place: 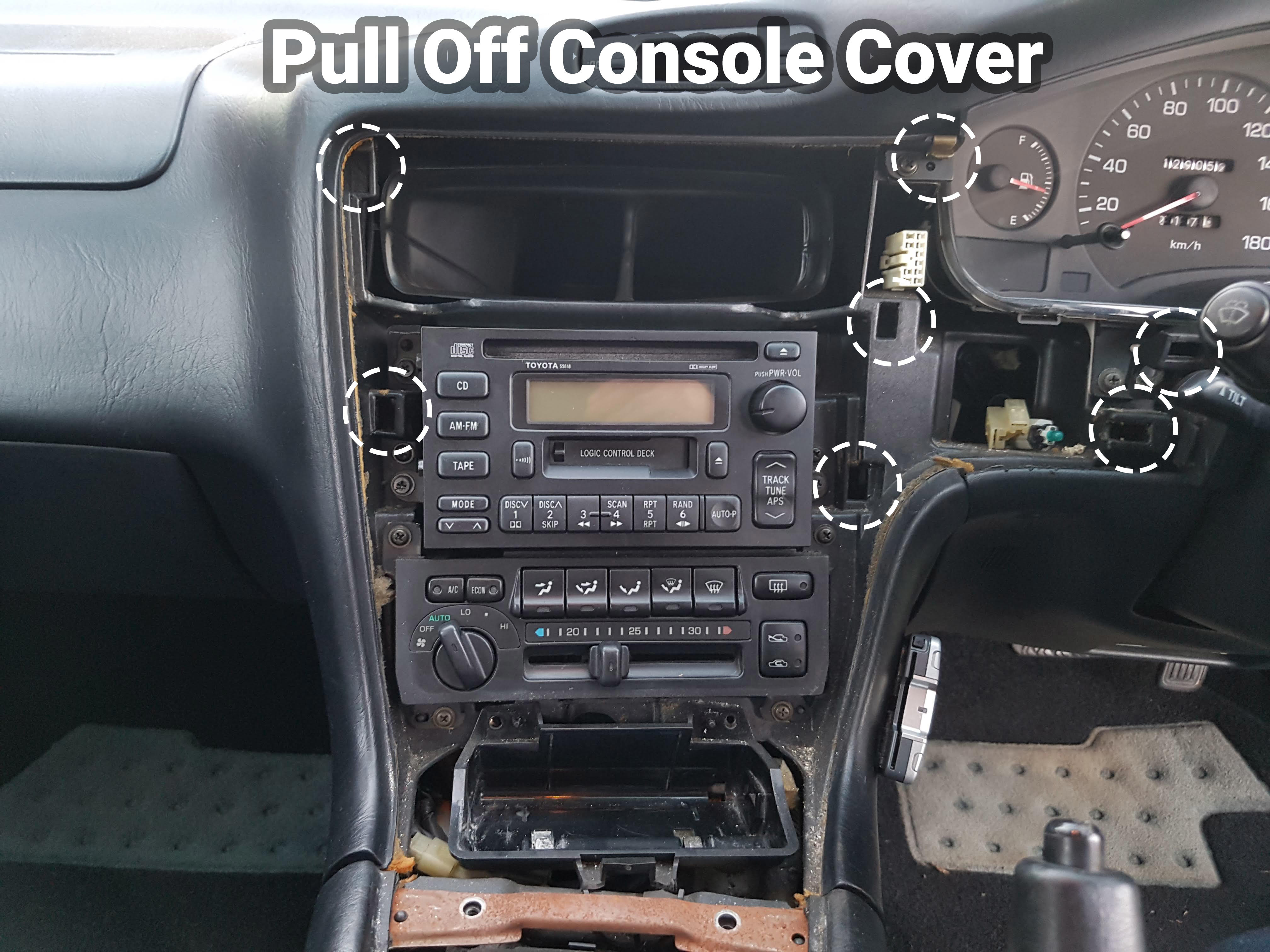 Unscrew the 4 screws holding in the stock radio: 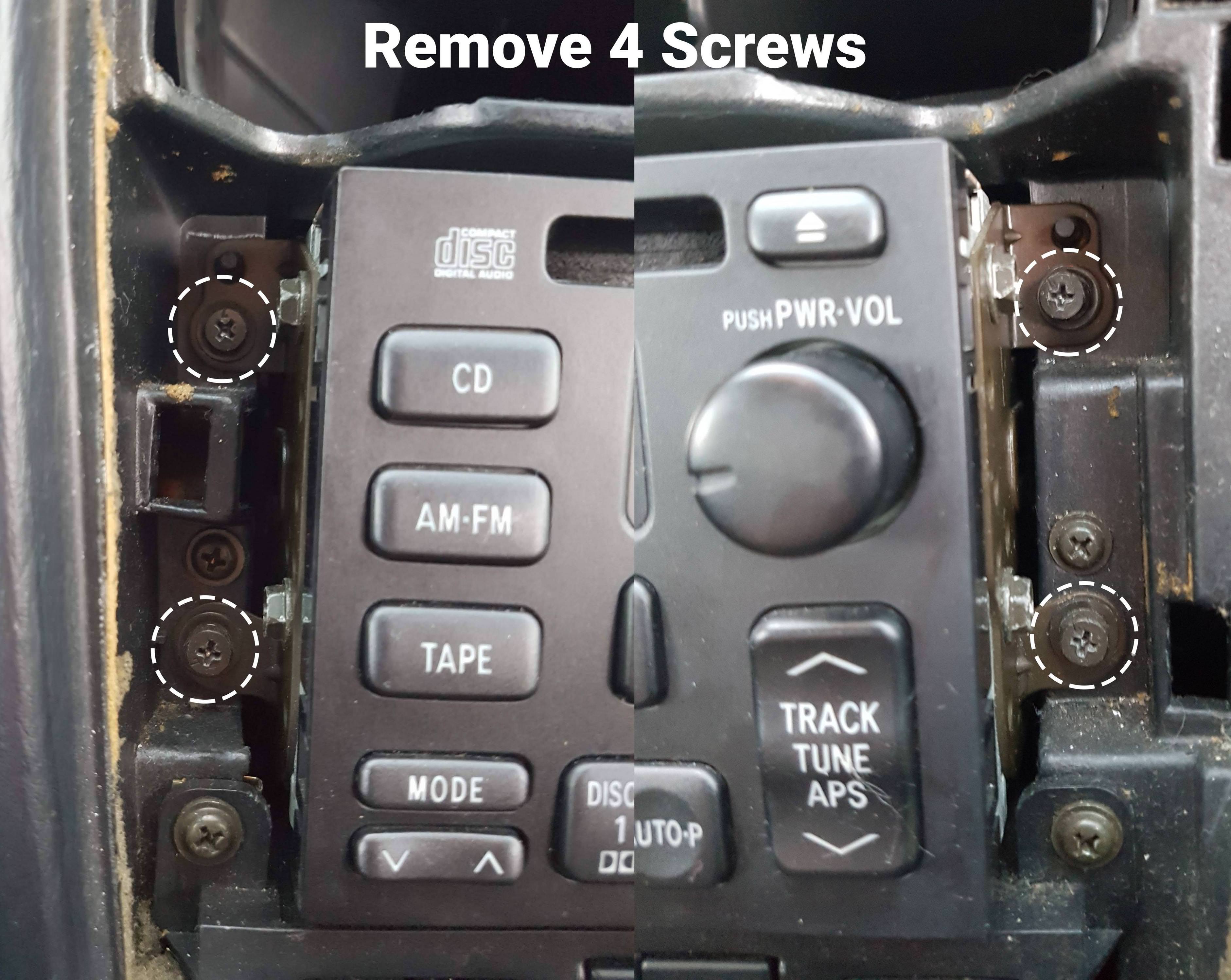 Note that you may have a smaller, single din stereo and a blanking plate underneath.

Remove the old head unit, and unplug the wires, being careful to make sure they do not fall too far back into space behind the console.

The old head unit will have two black brackets, one on either side, which is a standard double din adapter and should be removed from the radio (save the screws!).

This should leave you with the following wires: 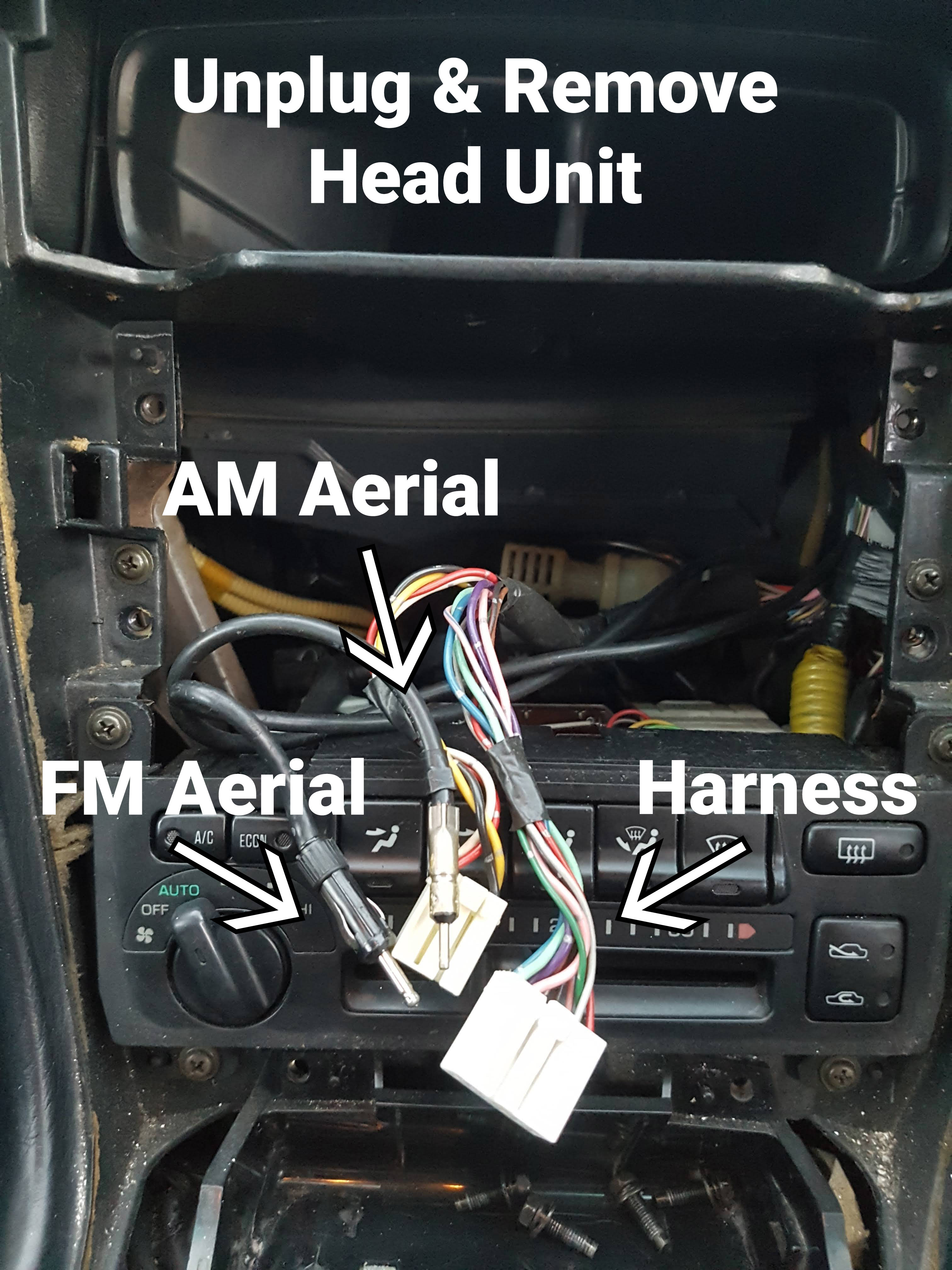 Do a test fit. Make sure that the front of your stereo fits through the hole left be the old stereo. Just sense check that there's even a chance it's going to fit.

It's also a good idea to plug the radio in and make sure it actually works with the car, making sure it triggers the aerial to extend if you have a motorised aerial.

Do a second test fit, in the car.

Using the two black brackets you saved earlier, bolt them onto the sides of your new radio and bolt the radio into the car.

Now, try and fit the console cover back on.

At this point you have two options: enlarge the hole or ensmallen the radio.

I decided to enlarge the hole, so I had to file away a very small amount, continually retrying the radio until it JUST fit through. 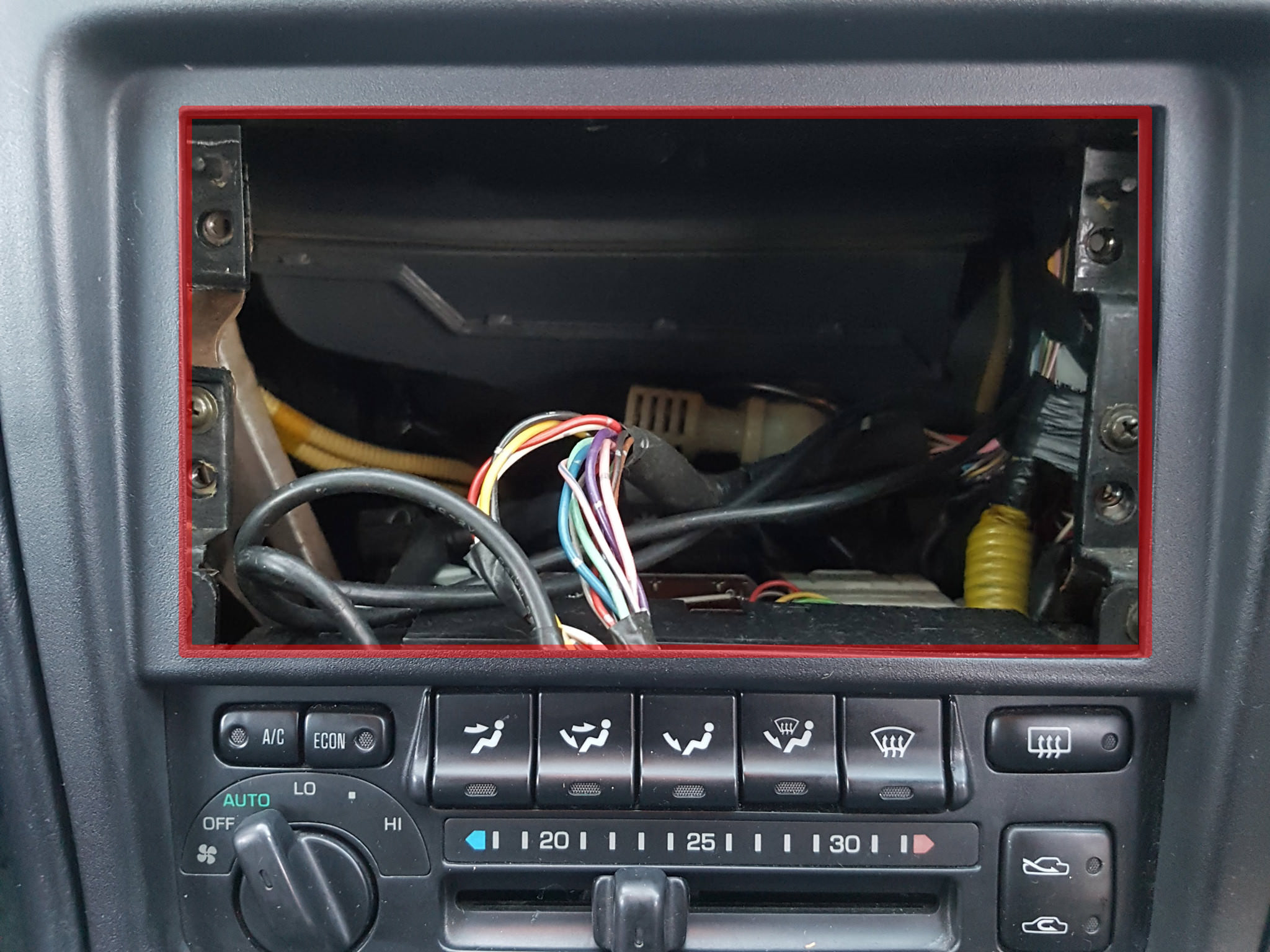 Plug in your harness adapter (Toyota to ISO) and plug the antenna and harness into the radio.

My radio came with a bunch of extra cables (GPS, Wifi Antenna, microphone, USB extension leads, etc) that you may want to route through the car.

I mounted the GPS and wifi antennas on my rear dash by routing the wire just underneath the centre console cover. It did not require removing the cover, just poking the wire up the sides from below. This seemed to hold the wires sturdily enough.

As pointed out, it is very easy to remove the centre console so I would recommend to just quickly lift that up and route the wires properly and tape them down to avoid them falling out!

Re-assembly is the reverse of the removal. 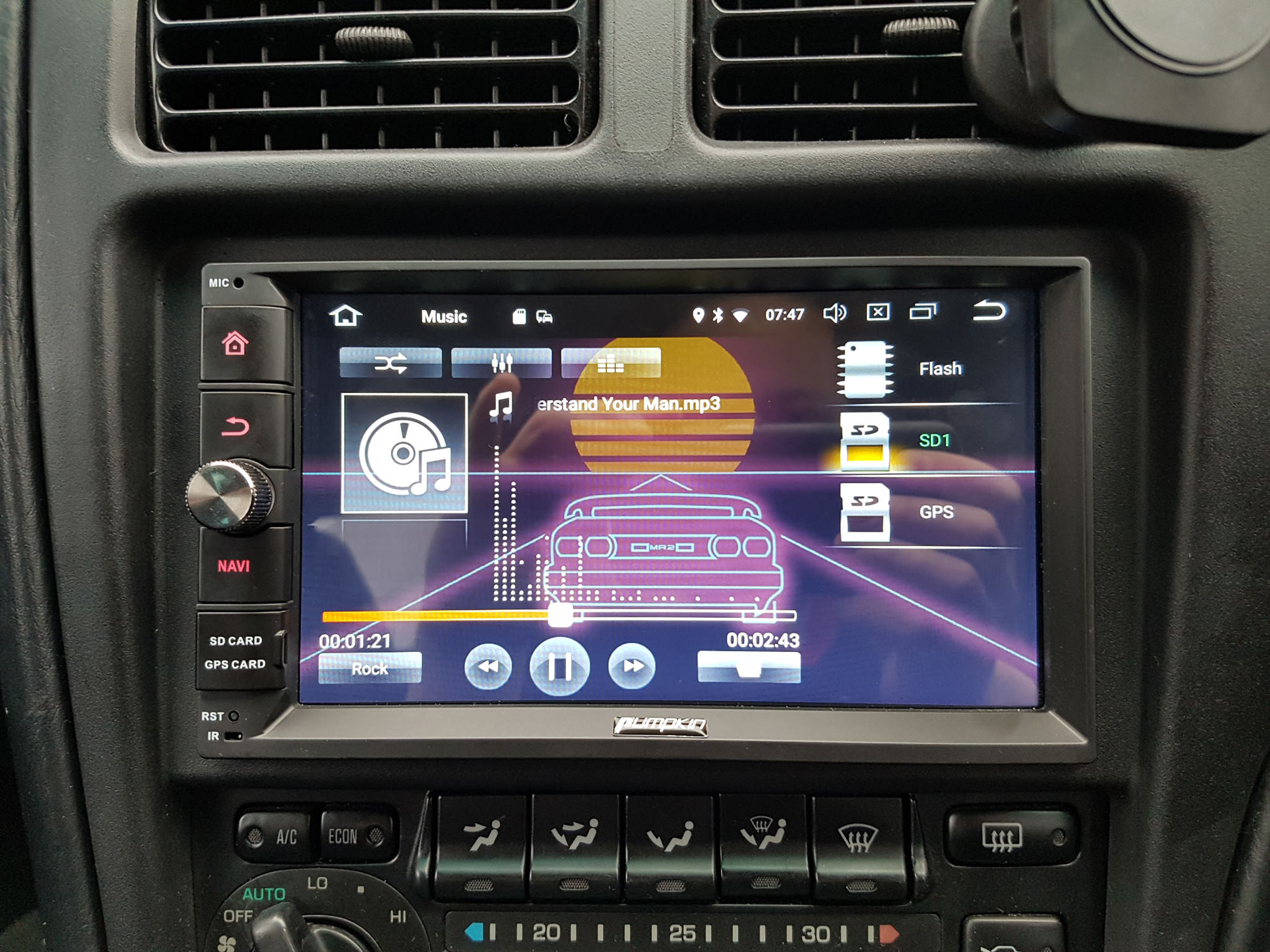 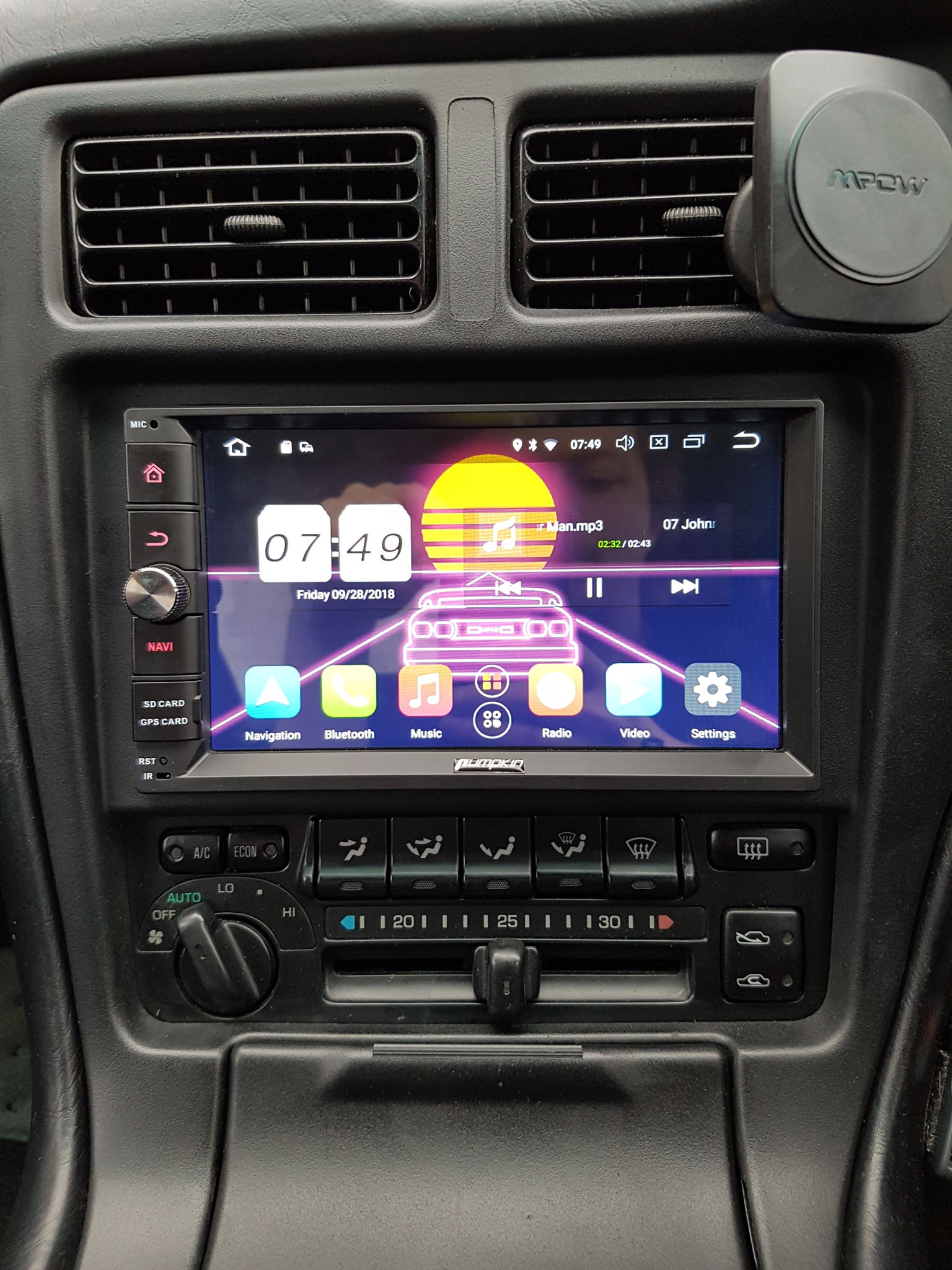